Vayechi – Did I Have a Choice in Writing This?

In Our Perasha Yosef quells his brother’s fears that Yosef will take revenge upon them now that Yaakov has died. 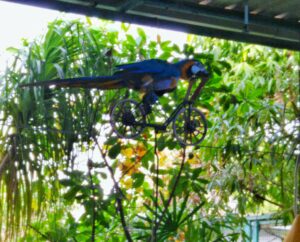 And you thought evil towards me, G-d thought goodness so that I can do what I am doing today supporting many nations.

Did the brothers have a choice in performing their cruel sale of Yosef? Or was it all part of the divine plan? G-d had previously informed Avraham that his children will be oppressed for 400 years. Even more important, What hints do Yosef’s words give us about freedom of choice?

This question has been entertained for thousands of years by Tanaim, Emoraim and Rishonim. It has also been discussed by Philosophers, Psychologists and Sociologists.

The Gemara in Masechet Brachot says:
Rabbi Chanina says Everything is in the hands of heaven except for – Yirat Shamayim- fear of heaven. As it says: (Devarim 10) ‘And now, Israel what does G-d your Lord ask of you, but only to fear him.’ does this pasuk make Yirat Shamayim – Fear of Heaven into an easy matter? But did not Rabbi Chanina say in the name of Rabbi Yochanan Ben Zakkai, “The Holy One Blessed Be He has hidden in his treasury only a collection of Yirat Shamayim, as it says (Yishayahu 33) ‘The fear of Heaven is his treasury.'” [The Gemarah answers] Yes, to Moshe Yirat Shamayim is a small issue, as Rabbi Chanina says this is analogous to asking someone for a big utensil. If he possesses it he considers it small. However, If you ask him for a small utensil which he does not posses he considers it a big utensil. [So it is with Yirat Shamayim: For people who do not possess it, it is a very big issue.]

This is quoted elsewhere in the Gemarah in Masechetot Nidah and Megilah. The pshat – simple meaning of this is that you do not have choices in your life when it comes the vast realms which do not fall into the Yirat Shamayim category. If you were born with tall, stupid genes you will be tall and will find it difficult to study. However, it is your choice whether you will believe in G-d and whether or not he gave us the Torah.

In Masechet Nidah there is a vague Tosafot which cites certain sources which seem to contradict even the small amount of free choice allowed for in the Rabbi Chanina Statement. They quote the following:

[King] Chizkiyah learned through prophecy that his progeny would be evil. (Brachot 10) Therefore the wicked kings like Menashe who succeeded Chizkiyah may not have had free choice in being evil. The Tosafot uses this as an example of the possibility that freedom of choice is not necessarily universal.

Tosafot continue to quote the Gemarah from the end of Masechet Shabat (pg. 156a ) A person who is born under Jupiter (Tzedek) will be righteous. (Tzadkan)…whoever is born on Shabat is called holy.

If you are an accountant was that career planned for you or was it a strategic decision? What about lying politicians? Can they tell the truth? 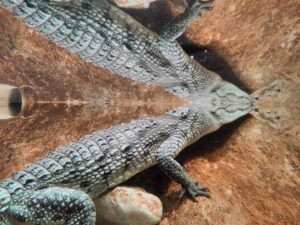 The Rambam in the final chapter of his Eight Chapters – Introduction to Perkey Avot totally disagrees with the opinion which is possibly cited by Tosafot that one might not have free choice. He says that man has complete freedom of choice. Rambam does admit that certain genetic features can make it difficult to choose certain things. “A person whose brains contain a lot of fluid will have a difficult time learning….”

In the Guide to the Perplexed, Rambam has some selected words for those who believe that a leaf does not blow in the forest without first being destined to get blown. (pg 285 Dover) He further says the true Torah opinion is that it is G-d’s will that we have free choice.

In Shu”t Harambam (Siman 436) Rambam says that whoever researches this topic and finds Stories and Midrashim which slightly contradict this fact is committing suicide! Although he did not see Tosafot it is clear that Rambam refers to such quotations in the Talmud which might contradict his opinion about the universality of freedom of choice.

Therefore, according to Rambam: if a person is born into a family of drug addicts and other criminals, is terribly abused and physically tormented, and is given no real hope, he still has the choice to be a Yireh Shamayim. Although the vast majority of individuals continue down the road of misery, each person does have the ability to change.

The Chovot Halevavot (third gate 8th section – section “H” in the Mansur English translation published by Oxford as part of the Littman Library) has an interesting discussion on this very matter.

When Chovot Halevavot discusses the Service of G-d he has a dialogue between the Soul and the Mind about what is proper to believe? On the subject of free choice during this dialogue the Mind informs the Soul that several opinions exist .

The first is that we have absolute freedom of choice on all issues and G-d never intervenes.

The Second opinion is that we have no freedom of choice at all. When asked: How it is possible that G-d punishes us for misdeed and rewards us for the good that we do? The answer of these people is that it is beyond us to ask about G-d’s workings and should not entertain thoughts about G-d’s workings.[This is the opinion in the Ashariah of the Koran]

The third opinion is as follows: Duties of the Heart Pg 211. (after quoting pesukim on both sides) Still others decided to believe in both schools, that is, to believe in both divine justice and predetermination, claiming that whoever examines these matters too closely cannot escape sin and failure, no matter how he does it. They said, “The right way is to act in the belief that man’s actions are entrusted to him, so that he earns reward or punishment, and to try to do everything that may benefit us before G-d both in this world and the next. On the other hand, we should rely on Him with the submission of those who know that all actions, movements, benefits, and misfortunes lie under G-d’s rule and power and depend on His permission and decree, for He has the decisive argument against man, but man has no argument against his Creator.”This is the closest way to deliverance of all those mentioned above, for it is right and just that we admit our ignorance of this aspect of the Creator’s wisdom, because our minds are weak and our discrimination short. Indeed, there is some benefit in our ignorance; this is why it is hidden from us. Were it to our advantage to know this secret, the creator would have revealed it to us. (end quote)

In other words the best suggestion is to act as though we have total freedom of choice. At the same time you must realize that all, actions, movements, benefits, and misfortunes lie under G-d’s rule.

The above discussion barely scratches the surface of what has been discussed on this subject.

For the sake of “brevity,” I have NO choice but to finish now.