Our forefather Avraham was one of the few fortunate people in this world who had monetary wealth, health, social mobility, power, a happy family life and anything else which could be included in “the good life.” He received all of this after many trials and difficulties. We know that he was so fortunate from one Pasuk that is:

Abraham was elder, coming of days, G-d blessed Avraham in everything. 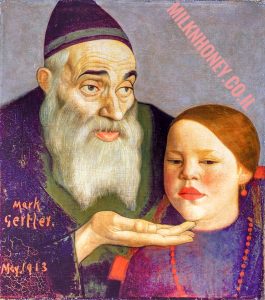 In one of the many explanations from our rabbis of blessed memory it was said that his life was so good that during his lifetime he tasted what existence is like in the world to come. The following are different elucidations on the word בַּכֹּל Bakol – everything.

The opinion of Rabbi Levy in Midrash Rabbah and other places is that Avraham was blessed with three things: 1) he ruled over his evil inclination. That is to say that he was in mental control of every situation. Many might consider this a boring lifestyle even calling it mind control. The real explanation of this is that if you are in control of your shadowy Evil Inclination, you can always be happy and satisfied. That is why being in control is such a great blessing. 2) His son Yishmael repented during his life time. It was great happiness to see a son who was a real creep become a good person. 3) Nothing was missing from his wealth, material wealth is unquestionably a great blessing.

His wife respected him. The Midrash says that four things cause premature aging: living in fear; being angry at children; a bad wife; and war. This Midrash finishes off by saying that Sarah respected Avraham and even called him “sir.” It is very important for a husband to respect his wife. It is no less important for a woman to respect her husband. Happy family is indeed being blessed with “everything”

Another midrashic explanation of the word Bakol is that Avraham kept all of the precepts in the Torah. Instead of getting involved in a discussion about the historic validity of this Midrash let us examine what our rabbis of blessed memory are trying to teach us. The lesson behind this is that it is a blessing to be able to keep the commandments of the Torah like keeping Shabbat as well as being honest.

The Talmud Yerushalmi says that Bakol – everything means that Avraham lived in a town that had a doctor, a bath house, and a court which has jurisdiction to incarcerate and punish people. Some add that it must have a vegetable store. From here we see that living in a healthy environment is a great blessing. 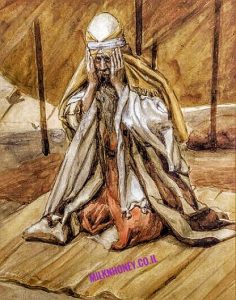 The Gemarah adds that in addition to this Avraham Avinu was famous around the known world for his hospitality and was respected as a powerful person. Many kings and warriors came to him for advice. He also understood the science of medicine.

I have not discussed all of the explanations which can be included in this Pasuk: Abraham was elder, coming of days, G-d blessed Avraham in everything.