Rainbows often appear after it rains. When this happens each of us thinks of a different poetic concept. Some think of the heavens connecting to the Earth. Others think of it as a declaration of non-violence. This is because it is a backward bow which might have been used in peace treaties to declare a cessation of hostility. Still others view it almost as an Omen that G-d wishes to destroy the world because of Human indecency but that he is restraining himself because of the covenant he made after the flood of Noah. 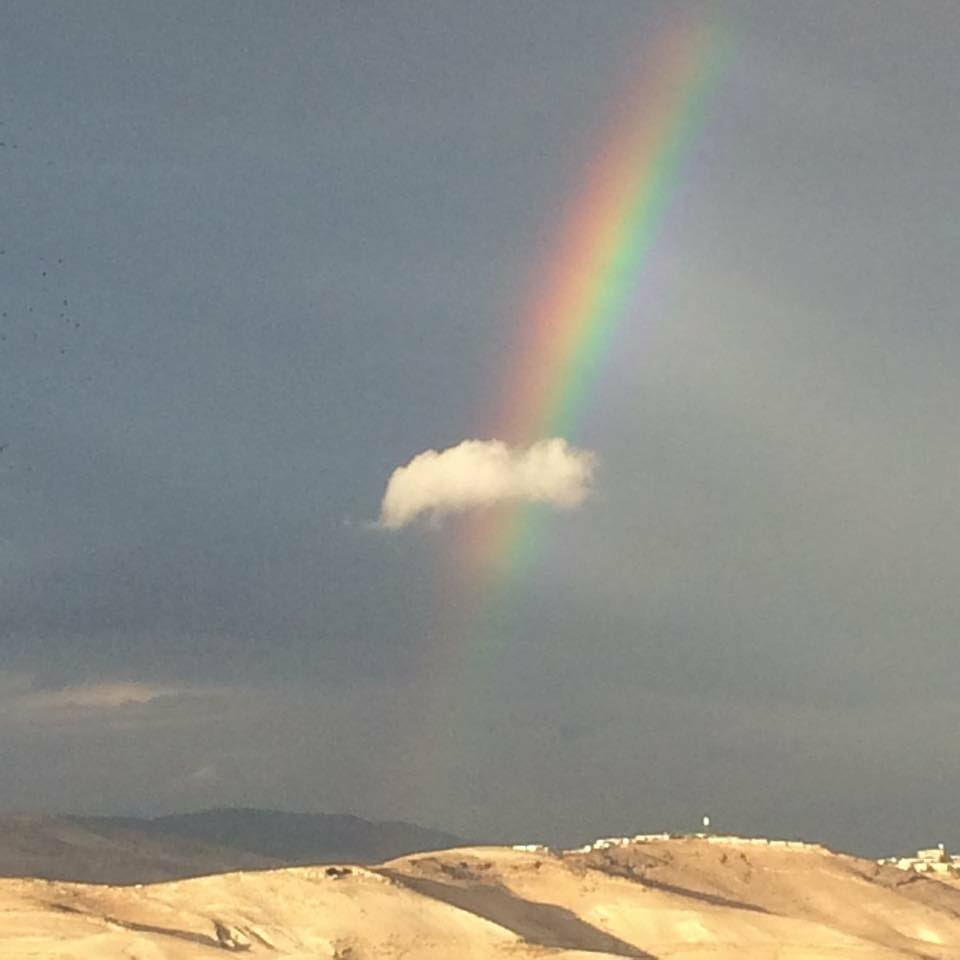 My bow, I have set it in the cloud and it shall now be a sign of the covenant between me and the earth.

There is a nice explanation from Rabbi S.R. Hirsch.

A rainbow is made of the combination of light rays and water molecules. From within the clouds can be dispensed life as well as death and destruction to everything on earth. Through the ominous clouds comes light from the sun to demonstrate that G-d is merciful and will not destroy the world in such a way.

He adds that the rainbow’s significance lies within its colors. It is made of refracted white light. White light represents all different kinds of people and creatures which G-d created. The brightest color of the rainbow is red. This represents those who are righteous and closest to G-d. The violet which is darkest represent those creatures which are farthest from G-d.

All together they make up Humanity and all of creation. G-d unites them in all in a common bond of peace.