In Memory of Rabbi Eliyahu Shamoula

It must be over 20 years since I originally wrote this Torah Discussion. Rabbi Eliyahu Shamoula directly assisted me in preparing it. However, you must know that just about every Dvar Torah at this site as well as many that were never written were inspired by Rabbi Shamoula. After illness for over a year Rabbi Shamoula succumbed to his illness and was taken from us. Much was said during the shiva about how honorable he was and much more. My short take after studying with him for hundreds of hours  is that Rabbi Eliyahu Shamoula was “The Angel of Reason”.

Our Rabbis of Blessed Memory have told us about an ordinary shepherd who became very wealthy. Most wealthy people from such a background FILL themselves with their own importance. They usually claim to have worked their way up and those they have left behind are sloths.

Having seen the many wealthy people who became like this our former shepherd kept all of his simple utensils and clothing. He put these in a special room that only he had access to.

It is in this room that he had his meals and made his decisions. He would eat simple shepherd meals and wear his simple clothing. He also kept his shepherd’s staff and his flute. This served as a constant reminder of where he came from.

Keeping his diet simple aided him in overcoming his inclination towards pride. 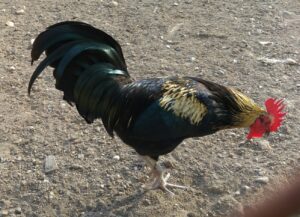 Every substance we put into our body is processed and incorporated into our very being. Rabbenu Behaye of fourteenth century Spain wrote a book on dining habits called “Table of four.”  In the Table of Four he states that certain finer foods enable people to think clearer. He states that those who stuff themselves with fatty red meat have trouble thinking. He suggests that one should eat fine poultry that is well guarded and fed the best grains. This poultry will sharpen the mind.  (Gate 2)

Perashat Va’era discusses the Ten Plagues suffered by the Egyptians. Some of these directly affected the “Pride of Egypt” which was its livestock. The plague of Pestilence was a violent, fast spreading epidemic that killed the animals left after the previous plagues.

Throughout history herds of the world have suffered from bizarre diseases similar to Mad Cow Disease and Hoof and Mouth disease. Additionally, lamb and cows are usually doped up with many Hormones. This is in order to make their meat more tender and their bodies larger.

Many people are truly concerned ‘ with the foods they process through their bodies. These people will use ground chicken in place of meat. Some even use Tofu meat. A little ginger and fried onion until they are brown can make these dishes taste as well their high cholesterol brethren. The resulting flavor is very yummy although different from fatty red meat.

Every Jewish community has its traditional foods that are consumed during Holidays and Shabbat.  A Very popular food among many Jews is various kinds of stuffed vegetables. Hungarian Jews mix meat with rice and wrap cabbage around it. Syrian Jews stuff rice and meat into various vegetables especially baby eggplant to make the traditional dish of Mechshi Sfeehah. Many North Africans prepare stuffed red peppers.

It is interesting that these foods generally contain both rice and meat. I have been told that poor people originally made these dishes in order to have a “meat” meal. They would put a little fatty lamb, which has grazed in pastoral fields, with the rice stuffing. Such a wholesome meal would possibly aid a person’s thinking capacity.

Today many of our brethren have become wealthy. “Tender” meat has become affordable. Hormonally treated red meat has taken over the hole in the vegetable. The rice is often used only to give body to the meat in the stuffed vegetables. This new ratio is generally unhealthy.

Many people have improved their diets and their lifestyles by eating less red meat. Many do this in order to reach higher levels of humility like the Shepherd. It clears their minds and arteries.